The Concerning Future of Solar 3.0 | Destiny 2

I think solar 3.0 is strong but I also think it has MAJOR problem Music Credit: 🤍🤍youtube.com/watch?v=GdzrrWA8e7A&t=673s Castle Content: 🤍twitter.com/CastleContent/status/1551709709391912960 CONNECT WITH US ✨Support us and get stuffs: 🤍🤍patreon.com/TDTPatreon 👾 Catch us on Twitch: 🤍🤍twitch.tv/tdt_streams 🎮 Check out our clan Discord: 🤍discord.gg/FVP5xpy 🐦Get updated through Twitter: 🤍twitter.com/productions_tdt 👕 Custom TDT Merch: 🤍tdt-merch1.myspreadshop.com/ ||||||||||||||||||||| #Destiny2 #TDT #PVP For business inquires: theDTemail🤍gmail.com No copyright infringement is intended, all music used are owned by their respective owners. 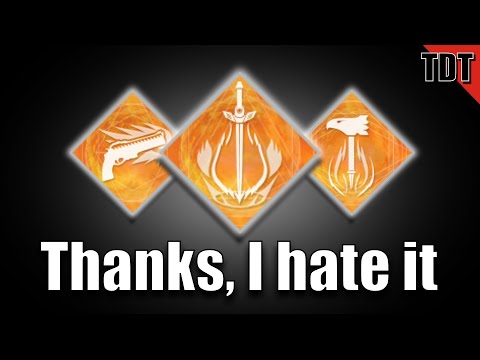 Now Solar Titans are one of the least used in the game. Void Hunters rule the landscape, and Warlocks are feeling the treatment that Hunters felt about their super being lackluster. What am interesting time.

It’s taken nearly a full season for me to appreciate how much I love solar 3.0. I hated it during classy resto and was all over void for most of arc 3.0 but damn, solar is too good.

Arc is…fine. It was super annoying fighting titans at the start of the season but, once I adapted, changed up my load out, and leaned into the cheese, shit just started to click.

Now if we can just get some AE back and nerf witherhoard, life would be dreamy.

Also playing Solar Titan I'm feeling differentiated by virtue of Phoenix Cradle. If my comrades get that I'm wearing them I'm a top tier support. I really like the Titan void/solar trade off of Void's on demand support and Solar's on effect support. Arc 3.0 is uninteresting to me because it's not support oriented in any real way. I didn't pick Titan to play solo, I picked it up because I always favor support roles, especially Tanking. Tanking isn't really much of a thing in Destiny, at least not in the traditional sense, but be it overshield or restoration I can at least add to the survivability of me and my comrades, which indirectly fulfills the Tank role. My Space Paladin is here to play nice with others.

I'm just disappointed that titan didn't get a one-and-done super like Arcstrider did wkth Arc 3.0

My issue is there is really only one solar warlock build and the rest suck. Solar warlock was gutted.

I dislike Solar 3.0 because it shat all over Well Warlocks. Want to heal your teammates? Sacrifice all of your grenade damage for regeneration instead of full heal+shield. Want to boost damage? Everyone can do it, so why bother. Want to be useful in a raid? Nah, the Well can be destroyed now. It’s not fun anymore. Just “alright guys who’s the well div bitch?”

Watching this right after arc dropped 😂

I basically skipped the solar season. was boring and solar 3.0 was ass. My harsh opinion and you said everything I was about to say. aggree 100%

Let me pitch to you an idea.

Cure should only give 10% total health back and remove rebuffs like poison, scorch, suppression etc.

Titans
- Thundercrash base buff (falling star doesn’t gain this buff but in closes the gap a bit between them)
- thundercrash now has a blinding AOE blast on impact
- Fist of havoc now loses its light dash attack and instead the light attack is based off of equipped melee (dash/ shoulder charge, death from above/slam, ass clap 9000/thunderclap)

Stasis has plenty of double dipping with hunters and warlocks both being able to slow or freeze with titans lacking that and going straight for the shatter. I’d honestly love for 4 new grenades that parody light grenades like a sticky or a wall mine, but what I really want to see is more options for the 3 stasis classes while solar, arc, and void feel like they do 1 thing right but non of them do the same thing right and they just don’t live up to the quality of stasis. Solar gets the openness right (where nothing is really needed for abilities to get verbs, but all of the classes feel similar in what they do). Void feels like they get that class to class identity right, but it feels like you have very little flexibility in how you play (hunters especially). Arc feels like it’s got that build crafting right and allows for more fluid choice in what you use, but lacks verbs on everything or class identity.

Stasis has verbs on everything. Stasis has class identity. Stasis has fluidity in how you play your kit. Light doesn’t… not entirely. We still need 3 more aspects per class to even be at that level, and honestly they can fix this with a single season to tune things.

Stasis lacks variety but gains in identity. Sure we’re stuck with 3 supers, 3 melees, and 3 grenades, but the aspects feel right. There’s a reason why the most used fragment is echo of undermining on void subclasses. If something is a necessity than that shows there isn’t actually a choice in its design but the illusion of it. Hopefully Bungie can make 9 new aspects that do this job. Tune what they have, add to it later.

Well how about that. Solar 3.0 cant stand by itself without seasonal mods or exotics.

I wouldn't have too much of a problem with solar 3.0 titans if they would've kept the healing on solar ability kills rather than having to run into a sunspot for healing. Leave the sunspots for ability regen and ability kills for healing. Void titans with controlled demolition grant health on volatile detonation and/or volatile enemies killed. Feels good.
As for stasis titans, I hate them. I hate the super. Diamond lance should've been the super, shiver strike should've been a different melee, and we're tied to glacier grenades due to the nature of titan stasis.

Then there's arc 3.0. It's the most underwhelming of the 4 subclasses. I got bored using it after 3 hours and went back to void 3.0. Void 3.0 is the superior choice for titans. At least for pve.

Foreshadowed the sh** out it. lol

You are not alone. They are homogenizing they classes, and it is feeling a lot like they’re taking heavily from warlocks to do it. Both Solar and Arc the warlocks feel very watered down.

It’s not just individual abilities being shared. It’s also in the identities of the classes. Void wasn’t as bad, but suddenly the debuff super of the Hunter became the strongest damaging super over NovaBomb. And then in Solar bald barrage took #1.

Arc now they did the same homogenizing thing again, while again watering down Warlocks and giving away their kit. Warlocks got a new melee, but it looks and feels more like a Titan ability. Titans get a new melee and it looks like a miniature, single shot chaos reach. And then the new storm grenades that look exactly like something a Warlock should have. WTF Bungie?? Hunters get blink, I guess because they had it in D1. But that’s before they got an actual dodge. Since D2’s launch the blink has felt more like it met the identity of Warlock, the space mage of the Destiny universe. But now hunters get blink in addition to their dodge, while Warlock’s throw their body at an enemy like a Titan without damage resistance.

It makes me surprised warlocks got to keep arc soul creation to ourselves.

It was very easy.... but bungie screwed big with solar. 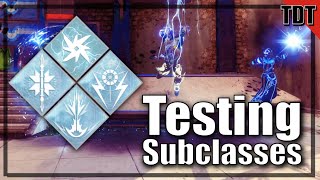 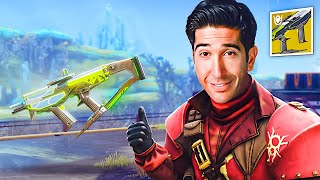 The Manticore is the weirdest exotic in Destiny 2 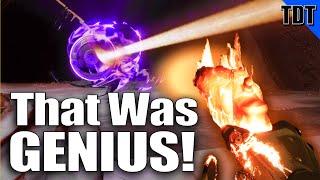 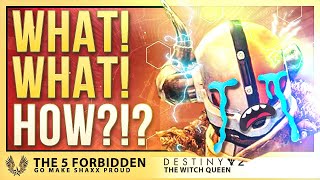 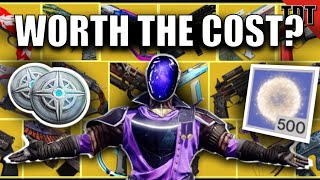 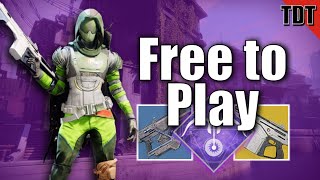 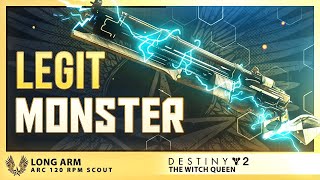 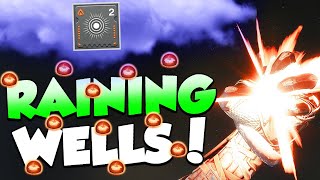 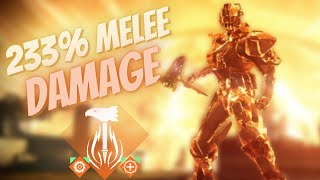 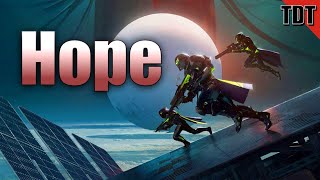 Season 19 Gives Me Hope for Destiny 2 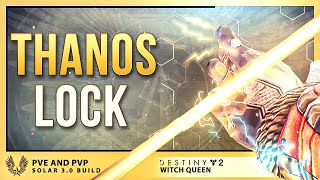 Destiny 2: You're inevitable with the Thanos Lock in PvE and PvP 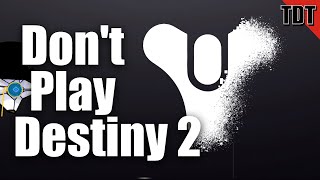 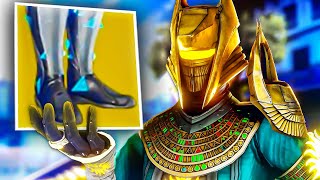 13 Things Every Warlock Main Does 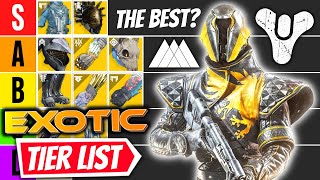 I Ranked Every Warlock Exotic In Destiny 2 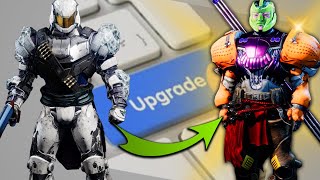 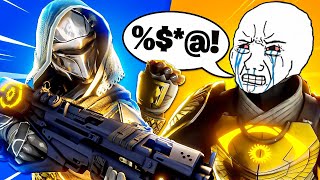 This Trash Talker Challenged me to a 1v1...